Stephen Catlin is back on the scene, four years after selling the company that carried his name to XL Group for $4.1bn – and two years after he retired from the company. Now he’s back with a new venture called Convex – because he’s seen a significant market gap. Some of the industry’s biggest players will be watching very closely.

There must be many ‘legacy reinsurers’ around the world that wish they could get out from under the burden of old systems, old relationships and old ways of doing things and start afresh.

What may remain a dream for many of them is turning out be reality for Mr Stephen Catlin, the icon of the industry who is co-founder, chairman and CEO of the new specialty insurer and reinsurer, Convex, that launched with the slogan of ‘Challenging the Status Quo’.

Convex ‘occupies a unique position in the insurance industry combining unrivalled experience, reputation and a legacy-free balance sheet’, according to its website.

Back in the ring

Mr Catlin explains the opportunity and why he’s back. “We’re back because we has the opportunity to be back,” he said. “We were very fortunate to raise a substantial amount of capital quite quickly, with a 10-year commitment. In the current climate, to start with a blank sheet of paper, no legacy of process, no legacy of liability, to be able to think through the use of technology from the get-go is a tremendous opportunity.” Mr Catlin is referring to $1.8bn in capital that he and Paul Brand raised earlier this year for Convex – including $750m from Onex Partners.

He has lost none of the enthusiasm that saw him establish none of the most recognised firms in the industry back in 1984. “We are doing something that I don’t think anybody else has done so far,” Mr Catlin said. “We are outsourcing horizontally all of the process that doesn’t require intellectual input. We have one company based in India with 45,000 employees, of which 11,000 are involved in the insurance industry. They’ve got up-to-date technology for process. Frankly, they can do it better than we could do it ourselves. They can fund it better than we could and it saves us 3% of expenses and that’s about a 5% ROE on its own.”

Being freed from the encumbrances of an established firm has added a new sense of vitality to Mr Catlin’s latest venture. “The CEO of a leading reinsurer told me, ‘I’m going to be watching you very carefully. I can see this as a very attractive way to do business,’” said Mr Catlin.

It is through the elimination of process inefficiencies that Convex hopes to be able to operate a more seamless service. “Both sides of the industry, broker and underwriter, spend a lot of time on process and they do it badly and inefficiently,” said Mr Catlin. “Some of the money that we’re saving on process, we can spend on ‘intellectual technology’ like algorithms, AI, normalisation of data, enhanced rating models. We can concentrate on the analytical side of what we’re doing and that is a huge competitive advantage.”

It seems likely the Convex will attract copycats. “A lot of people that we know well are looking at us and saying, ‘I wish I had that opportunity.’ Because they’re going to be spending years on their back years, years on the process, years trying to cleanse their data, years trying to integrate their legacy systems.”

With a physical presence in London and Bermuda, does Convex have its eyes set on Asia?

“We characterise ourselves as a global specialty insurer and reinsurer specialising in complex and high-value risk,” Mr Catlin said. “It’s a nice way of saying that we’re not interested in personal lines or commercial business, but the emphasis is on being global.

“In the past, we built a global infrastructure, which was very expensive. Our view then was that if you wanted to be global, you had to be local. What we found was that specialty business comes into London or Bermuda anyway. So we’d spent all this money building up teams and capability and they didn’t get properly used. We found ourselves writing business that we were not that interested in – and the business we were interested in was coming into London anyway.

“There is no immediate view about having a physical presence in Asia. We will have people traveling there and we will be written a lot of Asian business, but it’s going to be written in London.”

Mr Catlin is quite objective about the potential that the fast-developing Chinese market offers to the new venture. “I’m not sure that’s where we would want to go yet. It’s not a priority in the short term for us anyway. Our priority is to build the existing portfolio successfully.

Staffing a start-up during a talent crunch

How Convex has managed to get enough good people when top quality talent is then on the ground may be a surprise to some. “If I say I’m humbled by what’s happened in the last six months, I hope you understand that,” Mr Catlin said. “By the end of this year we will have 100 people on board, half of them underwriters. It’s all been word-of-mouth and 75% of the people approached us. Why? Fundamentally, there are two reasons why people have come.

“In the bigger companies the coalface is getting further away from the management. And fewer managements have actually been at the coalface anyway, so people feel unloved, unprotected. The market knows that we started in this industry from the bottom. We understand every facet of the underwriting business. There is an appeal for people to work with a management team that understands what they do and will support what they do.”

Every insurer and reinsurer seems to be struggling with the issue of how to treat cyber – and Convex is no exception. “Cyber is the biggest insurance challenge I have ever come across in my career,” said Mr Catlin. “I cannot think of any other risk that we have in our portfolio; hurricane, flood, typhoon, nuclear way, pandemic, that isn’t a regional loss. Cyber can hit the entire globe in a nanosecond. And that means that the systemic nature and the downside risk to capital of that is bigger than anything else we have seen before. It is much, much bigger that the total capitalisation of the entire P&C industry. To think that we can cope with this challenge on our own is insane. We don’t have the capital.

“I’m an old-fashioned guy and what I do is I sell a promise to pay and therefore I have to underwrite within the constraints of my capital. Technology is moving so quickly that there are a very few people in this world that truly understand where technology is at any given point. Underwriting the known is particularly dangerous. It’s not a very attractive underwriting proposition at the moment but it’s probably the biggest exposure that any of our clients has. So in 10 years’ time, if we can’t offer cyber coverage, how are we going to be relevant to them?

“It’s a big issue and I’m not going to shy away from it. We will embrace it but we need to find mechanisms where we can actually deal with it,” Mr Catlin said.

Catlin and Brand detail recipe for success with Convex 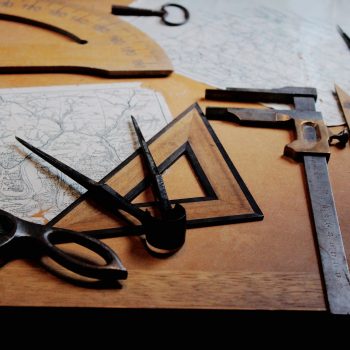 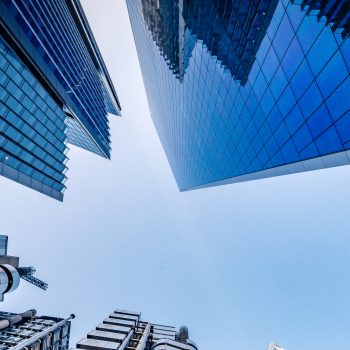